skip to main | skip to sidebar

Long time, no post; so here is a summary of my recent activities.

Throughout this year I've been undertaking freelance editing work proofchecking the translations of print works to annotated online texts for Oxford Scholarly Editions Online, published by Oxford University Press. The site was launched in September and is a powerful addition to OUP's arsenal of online educational publications. To quote the site itself, "The launch content (as at September 2012) includes the complete text of more than 170 scholarly editions of material written between 1485 and 1660, including all of Shakespeare’s plays and the poetry of John Donne." More is to follow in 2013, including authors such as John Milton and John Locke.

Work on The History of Oxford University Press, volume one, to 1780, is well advanced, and that should be seeing print next year, including three chapters by me. My old ODNB colleague Professor Ian Gadd of Bath Spa University is the volume editor and he has spent much of the last few years shepherding the words of different contributors into one work, which should do much for understanding of the early history of scholarly publishing in England as well as the book trade as a whole. 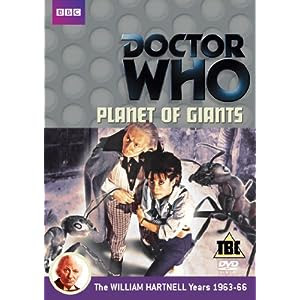 The first Doctor Who DVD to which I have contributed production information subtitles, Planet of Giants, was released in August. I'm glad that the work everyone involved has done to make this 1964 story a release of such high technical, informational and dramatic quality has been so well received, particularly given the marginal nature of the story to most histories of the programme and its defiance of the historical/science fiction dichotomy traditionally imposed upon the series' first three years. I set out with my notes to build on what was already known about the debt Louis Marks's script owed to Rachel Carson's book warning of imminent ecological catastrophe, Silent Spring, relating it to other ecological stories, as well as highlight the achievements of the production team in designing a story in two scales, with our miniaturised heroes clambering over giant telephone handsets and threatened by giant flies and a cat whose curiosity would have been fatal were it not for ruthless editing to curtail the story's length.